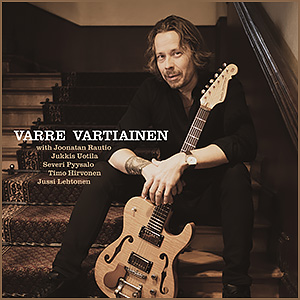 Listen the three first tracks from the upcoming album

"Just got a change to listen to three songs from Varre. Beautiful!! Varre plays his ass off! Wonderful guitar playing! And the tunes are beautiful and the band is smoking!"  - Mike Stern

"Varre Vartiainen is a virtuosic Finnish guitarist whose past merits are exceptionalespecially in the field of rock infused music styles. What makes him really unique is the fact that his instrumental and expressive jazz chops are also world class!!"  - Jukkis Uotila 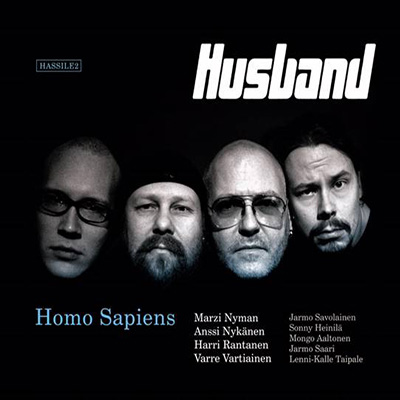 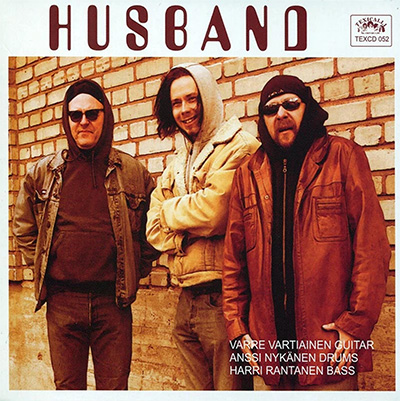 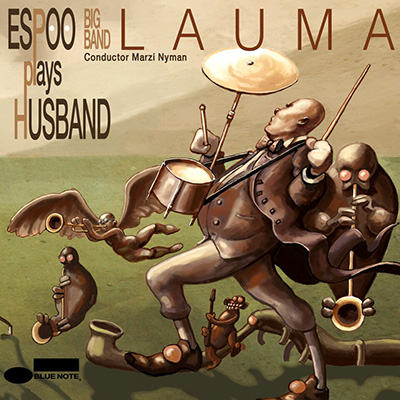 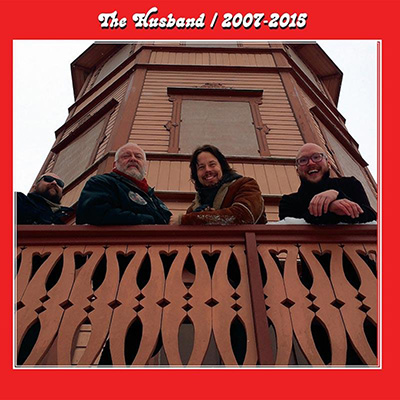 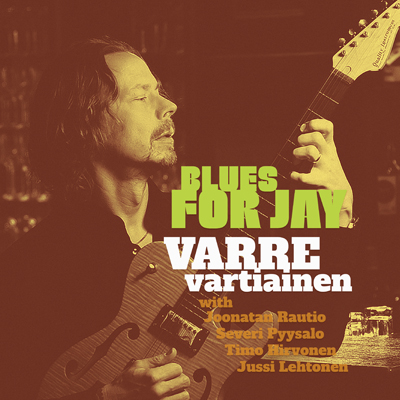 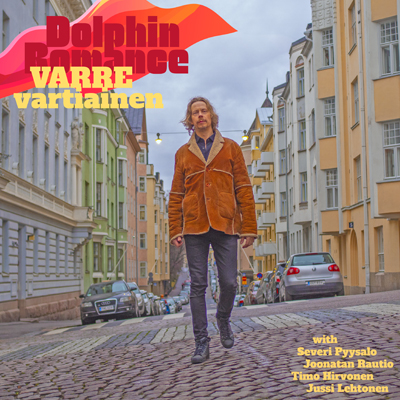 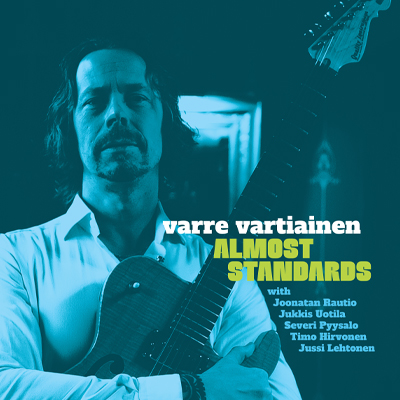 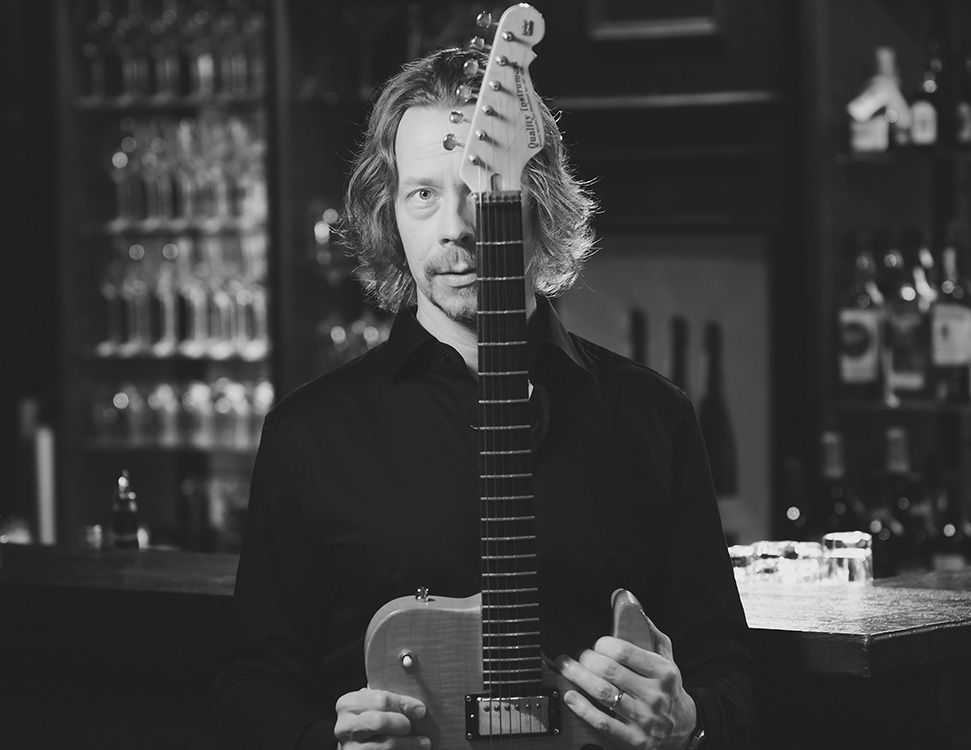 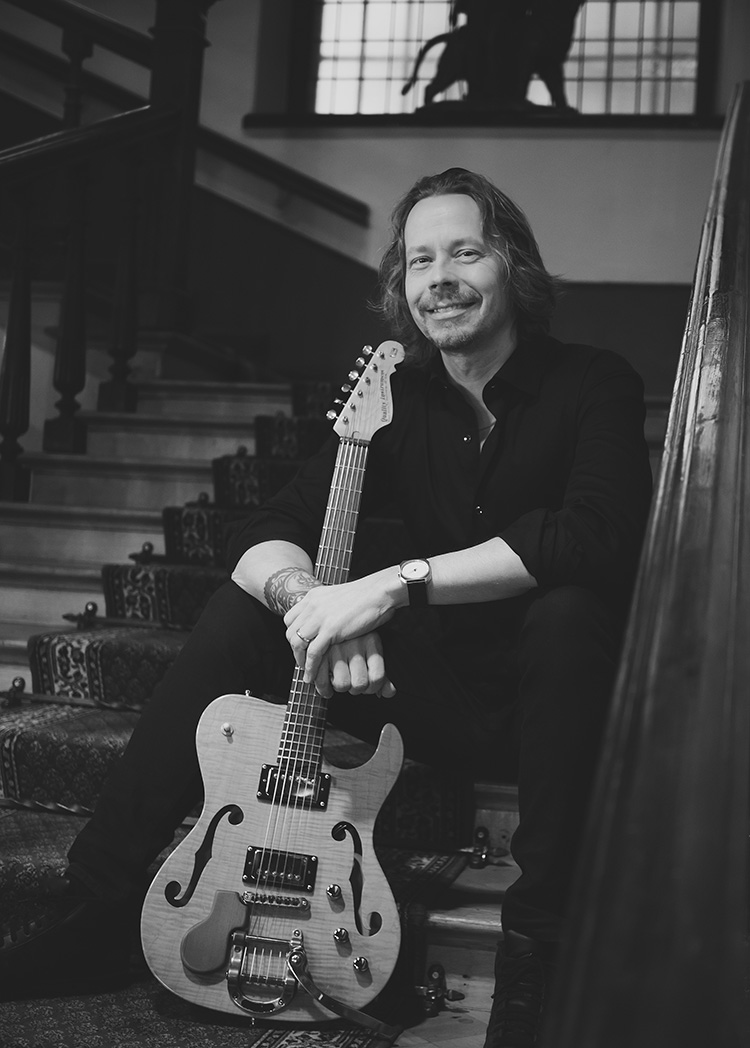 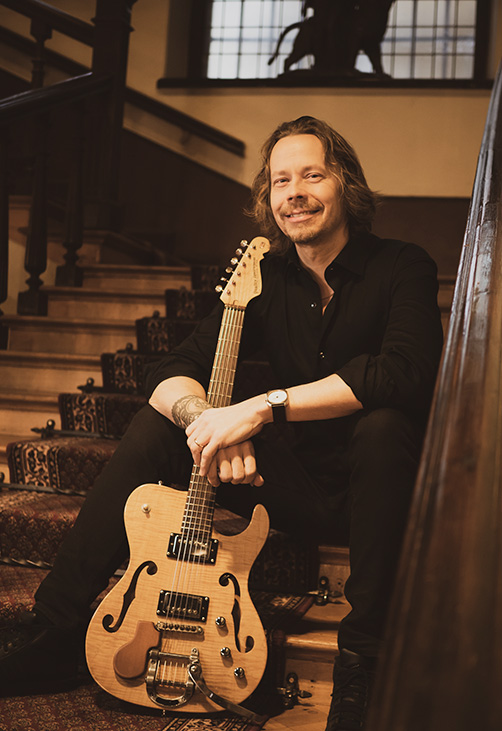 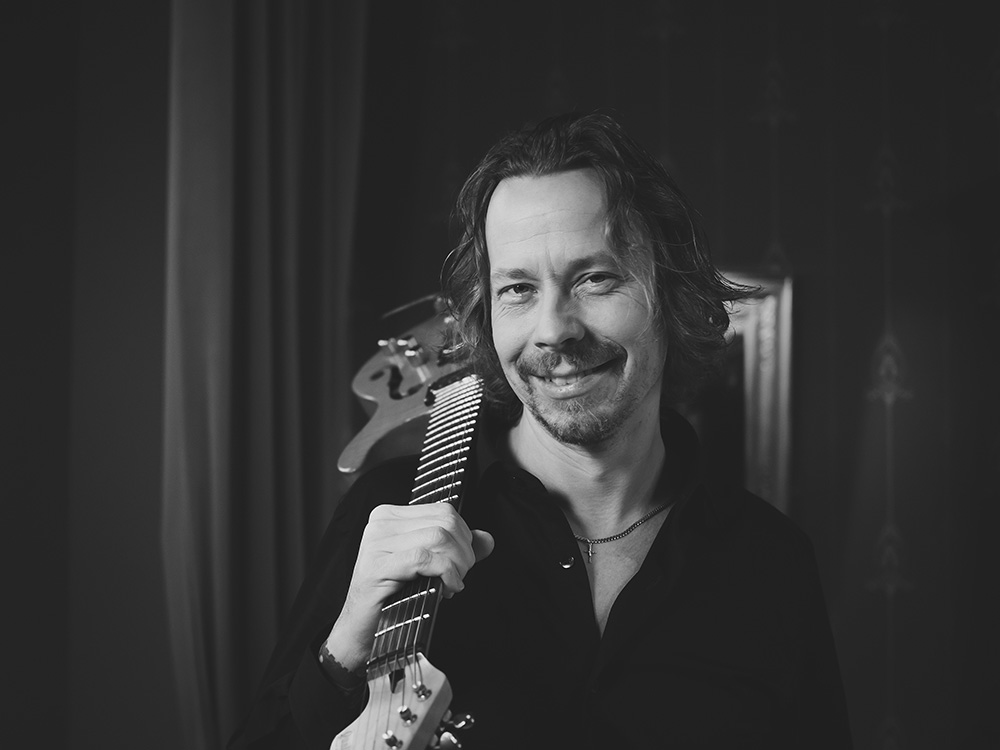 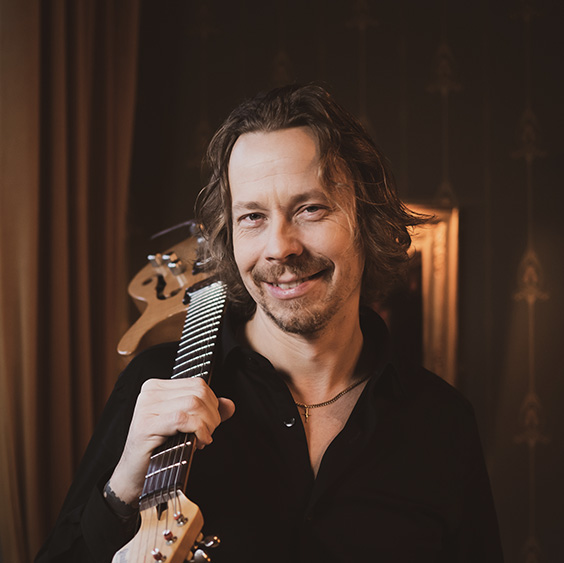 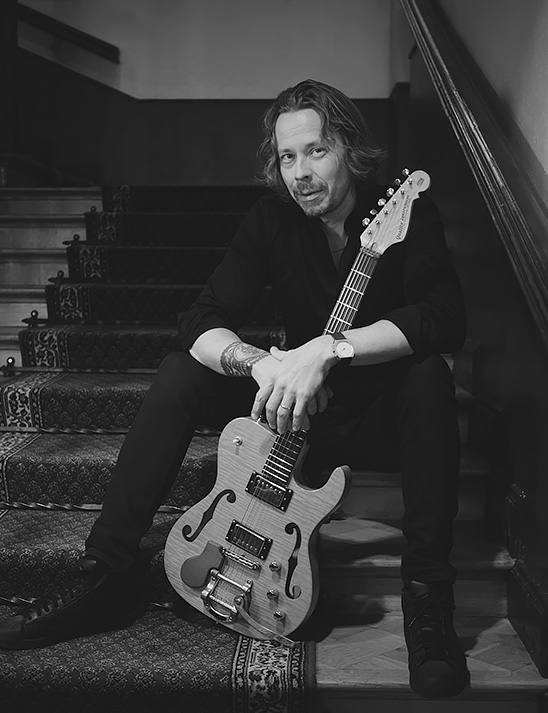 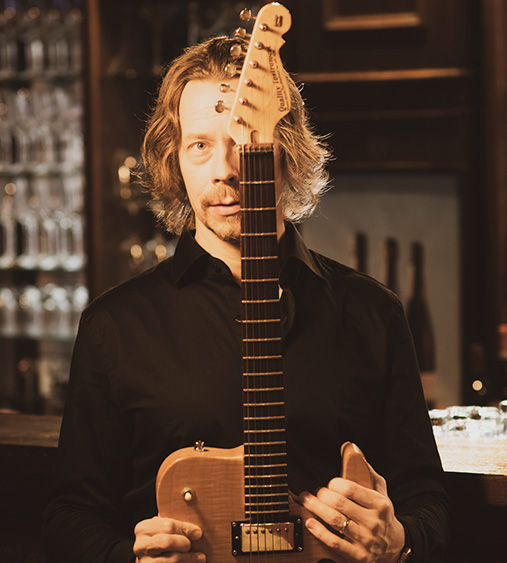 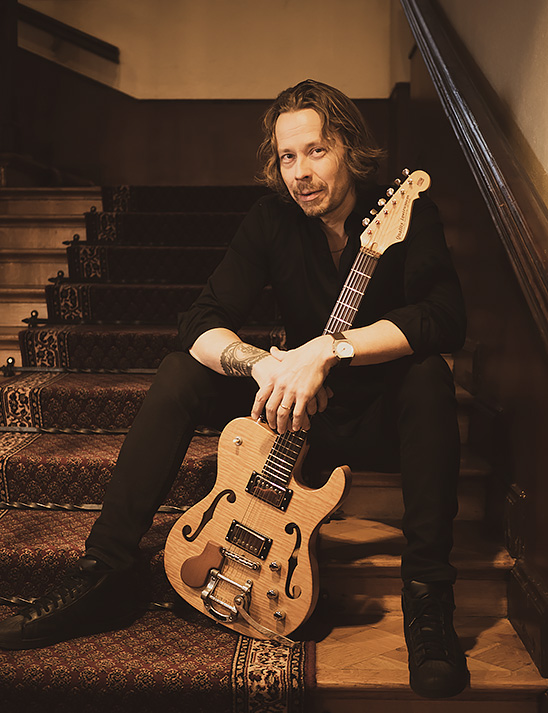 Varre Vartiainen, born in 1974, grew up in the small town of Kerava located near Helsinki, the capital of Finland. Kerava, a little rusty town, is mostly known for its juvenile prison. The city was also known for its rough neighborhoods but in contrast also for its heart meltingly beautiful landscapes full of rare wildlife. In the late 70's and early 80's, Kerava was known as Finland’s no:1 Rockabilly town. Back then Kerava also had a very small but enthusiastic community of jazz music fanatics.

These key elements of Varre’s background still remain as a big part of his musical identity:Charlie Parker and Elvis Presley – bop & roll!

From there Varre has cooked up a spicy soup with a unique blend of jazz guitar with rock attitude. In Finland Varre has been one of the most sought-after freelance guitarists of his generation for over the past 25 years.

Varre Vartiainen moved from Kerava to Helsinki in early 1990´s. He had everything he owned in his guitar case. In Helsinki, the music capital of Finland, the young guitarist almost immediately raised up like the sputnik in the Finnish freelance scene and became one of the most visible and hired musicians of his generation. He played with acid jazz band Gonzo in Montreaux Jazz Festival in the mid 90´s and was elected as the young soloist of the year by UMO Helsinki jazz orchestra in 1998.

In addition to Varre’s freelance work he studied and graduated from prestigious Sibelius Academy Jazz Department with Master’s of Music degree in the year 2007.

Varre’s own band ”Bingo” (w. drummer Toni Porthén and bassist Lasse Lingren) achieved a cult reputation in the late 1990’s. In the year 2000 he started a band named “Husband” (w drummer Anssi Nykänen, guitarist Marzi Nyman and bassist Harri Rantanen). Husband has been actively performing together now for more than 20 years in almost every jazz festival and jazz and rock club that one can find in Finland. Husband had the honor to perform in Pori Jazz Festival main concert in 2009 – Jeff Beck being the other main act of the evening. Husband has released four albums of Varre’s music. The latest album is called “Lauma” (Blue Note, 2016) with the great Espoo Big Band.

Varre’s first solo album “The Lost Case” was recorded in year 2011. On the album Varre collaborated with top Finnish artists and musicians such as Eero Raittinen, Timo Lassy and Sami Kuoppamäki.

Varre has become a familiar face in Finnish TV orchestras as a guitarist conducting such shows as David Hasselhoff Show and Finnish Idols to name a few. Varre has worked as a conductor with The Helsinki Festival during the years 2007–2008 being part of Rock, Rhythm & Love main concert that took place in Helsinki Senate Square with an audience of more than 55,000.

Varre’s ability to play in many different styles and genres (jazz, rock, fusion, pop etc.) has made him one of the most hired freelance guitarist in Finland. Varre’s playing can be heard in more than twenty film soundtracks, hundreds of session music tracks, theatre and tours.

Varre has worked as an educator in the Sibelius Academy, Lahti Conservatory and Espoo Music Institute’s Pop and Jazz Department Ebeli, as well as a visiting lecturer basically in all professional music schools in Finland.

Varre’s compositions can be heard on his band’s albums as well as on many albums that he worked on as a sideman. At the TTT Theatre in Tampere, Varre composed a musical version of Hamlet (Hamlet – Rock Musical) together with Eeva Kontu and Jarmo Saari. The premiere was held on September 5th in 2020. Hamlet – Rock Musical got superb critical reviews and has enjoyed great box office succee.

Varre has been a member of the pop cult band Nylon beat, the Finnish entertainment orchestra Dallapé (established in Helsinki in 1925), Paula Koivuniemi, Sleepy Sleepers and many others.

With The Leningrad Cowboys Varre played for more than 15 years, and this venture took him on world tours and sometimes even to the other side of the universe. Varre performed with the Leningrad Cowboys in festivals such as the Glastonbury Festival, Sziget Festival, Wacken Open Air, Sweden Rock ja Sao Paolo Film Festival to mention a few.

For a quite some time now Varre has been working with his own Trio with Timo Hirvonen (bass) and Jussi Lehtonen (drums) along with stints in jazz bands and projects with Severi Pyysalo, Joonatan Rautio, William Suvanne, Mikko Hassinen and many other household names of Finnish Jazz.

Varre is a doctoral student in University of the Arts, Helsinki doing artistic research under supervision of Jukkis Uotila, Professor of Jazz Music.

”Someone once said: music brings Heaven down to Earth - it makes perfect sense to me!”